Redspa have been working with Sevenoaks Prep School on a variety of graphics work over the past couple of years, the latest being some outdoor and magazine advertising.

The Prep asked us to produce a creative which would work for both a large format billboard at Sevenoaks train station and as a half page ad in magazines. Redspa were able to turn round the photoshoot and artworking within a short time to fit a tight deadline set by JCDecaux, who would be displaying the billboards. The brief was to highlight the age range and depth of activities available at The Prep, together with the provided headline of "Who you are today shapes who you'll be tomorrow" which captures the school ethos of nuturing creativity and talent, whilst creating a strong sense of community between all ages of pupils.

Together with staff from the school, photographer Russell Harper and four surprisingly well-behaved pupils (gold stars all round!) spanning the school's age range we set up some images to visually convey the range of activities and subjects that The Prep offers. Apparently there are rules against making pupils stand outside in near freezing temperatures for a photoshoot so after an hour taking pictures inside and a little bit of image trickery we got to the final image used on the creative.

If you happen to be at Sevenoaks station in the near future you might just notice the billboard. The half page adverts will be appearing in magazines over the next few months. 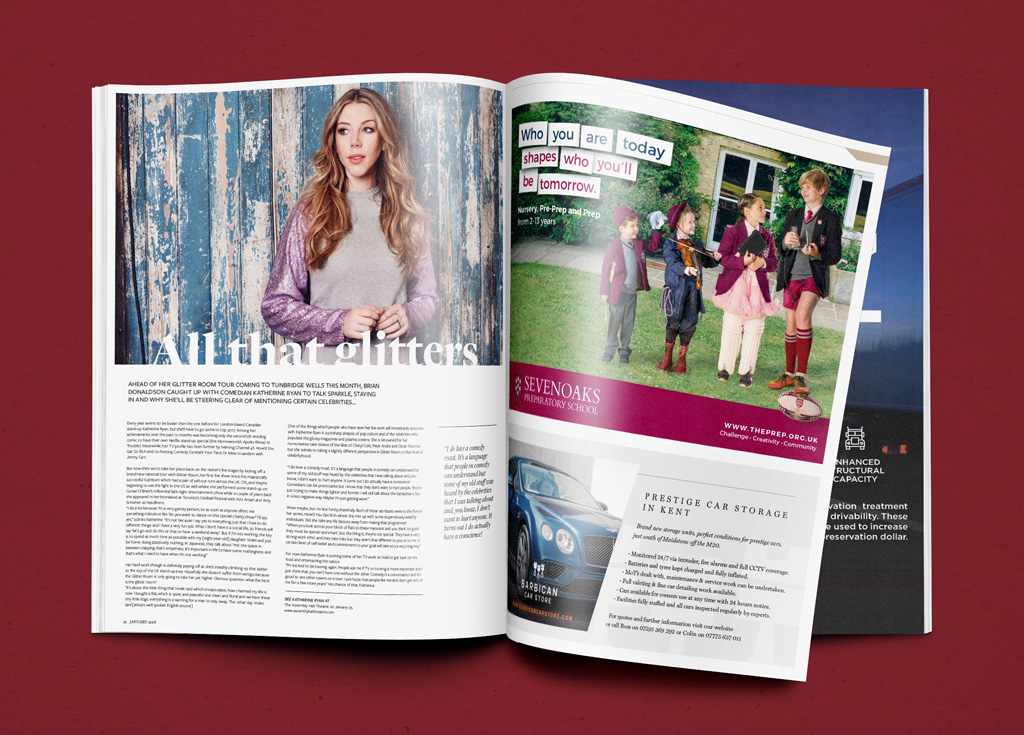