John (Redspa’s Head of Technical) looks into the Interpolated Strings feature of C# 6 and examines the pros and cons of using it.

What are Interpolated Strings?

Introduced in C# 6, Interpolated Strings allow you to cleanly construct strings from a mixture of hardcoded strings, variables and more.

Interpolated means “to add words to a text”. Let’s use an example to demonstrate using Interpolated Strings:

In older versions of C#, you could have used a number of ways to construct a piece of text using concatenation or formatted strings. For example:

Using Interpolated Strings, you can achieve the same result by simply using:

So when the client name is “Joe Bloggs”, all three output generating the following text:

All literal text is left in the string, such as the word “Hello” and all the whitespace.

Why should I use Interpolated Strings?

In my opinion, the Interpolated String example looks clean and makes it obvious as to how the separate parts of the text fit together (the word “Hello”, the client first name, the space character and the client last name). All the values are inline, improving readability.

Previously, I preferred to use formatted strings (i.e. string.Format) over concatenated strings as it improved the readability of the text you were trying to piece together. Formatted strings use placeholders (the values contains within curly braces), which Interpolated Strings have inherited and improved upon.

A big plus is that you get compile-time checking of your Interpolated Strings in Visual Studio. So if a variable value cannot be directly converted to a string, the compiler will let you know immediately, before your code goes anywhere near the Production website and your client base.

Finally, another nice feature is that you can mix in method calls, etc, into the placeholders (if you really want or need to!). For example:

Are there any downsides in using Interpolated Strings?

As of this writing, Interpolated Strings are not (by default) supported in Razor views within MVC applications, which I think is a missed opportunity. However you can enable this feature manually using the advice in this StackOverflow article (when using C# 6 and MVC 6).

Also I think concatenated (and formatted) strings are a little more obvious to new developers, or those with a history in PHP (for example). But it’s worth putting in the time and practice using Interpolated Strings as it will help you write better code.

I highly recommend using Interpolated Strings, especially as it helps make code easier to read and be maintained by other developers. It also helps mitigate against annoying little text-orientated bugs (such as missing, or incorrect, whitespace appearing in text). 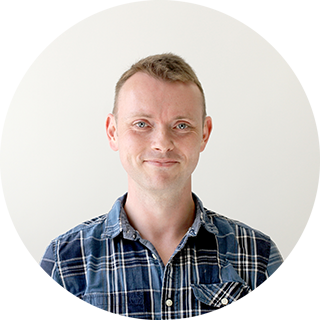 About the Author
John Millard (Head of Technical at Redspa) has over 20 years commercial experience architecting and building web & software solutions. He specializes in cloud, web and backend technologies and has a keen interest in blogging, SEO and social media. Contact John at john@redspa.uk

Is Git really the end to merge conflicts?